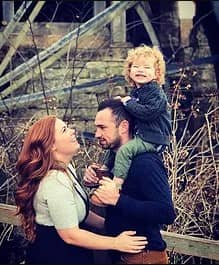 Justin Turner was born in Middletown Oh, in 1988. He attended Middletown City Schools until his Sophmore year and transferred to Monroe Local Schools were he graduated in the class of 07". Upon graduation, Justin pursued a nursing degree and played collegiant soccer at Cincinnati State. After his first semester, he felt led to lay down the books and pick up a career in the U.S Army as a Combat medic. He left the active component and is currently serving in the National Guard, working on his 10th year as a service member. Justin is married to his beautiful wife, Megan, and has a little boy named Judah. While his family and his painting company bring joy to his life, his first love is following Christ and serving in the local church. He is currently a full-time student at Cincinnati Christian University, were he plans to finish his bachelor's degree in biblical studies, and then continue into seminary school.

We provide only the best quality for our clients, and put your needs first and foremost.

We won't end a job until you are 100% satisfied with the work and craftsmanship.

We guarantee our work for one year so you can rest assured the work will last for more years to come.

Give Us A Call!

We look forward to your call. Let us know what we can do for you. Your home project is our passion.